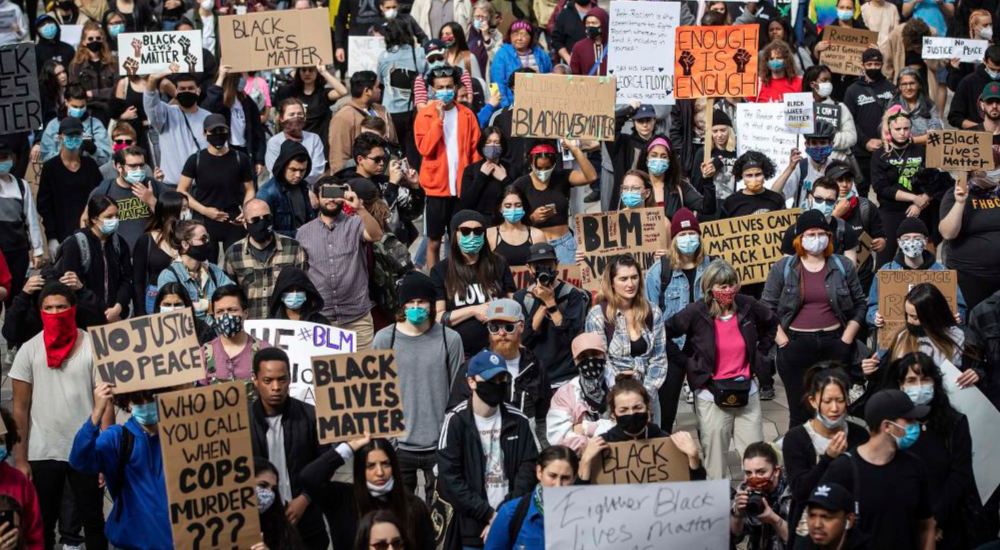 Frederick Douglass, Just Mercy, and The Hate You Give: A Roadmap to America Today

In late May, after the death of George Floyd, an unarmed African American man murdered by a Minneapolis police officer, protests and riots erupted in the United States, and eventually around the world. For people who don’t live in America, this explosion of political activism and unrest may have seemed sudden. But the underlying factors that led to this moment are complicated and span our country’s history. As I think about how we’ve gotten to this point of incredible tension between the police, our government, and its citizens, I find myself feeling overwhelmed. There is so much history, so much pain, that it’s hard to know how to begin making sense of the state of racial inequity in this country. Lately, I’ve found that reading others’ stories can serve a powerful and effective role in helping me understand how we arrived at the present moment. I’d like to suggest three engaging and accessible contemporary books that will give you insight into the long and fraught history of slavery and racism in America.

The Life of Frederick Douglass: A Graphic Narrative of a Slave’s Journey from Bondage to Freedom by David Walker

Understanding slavery is crucial to understanding today’s events, and there is no text about the lives of enslaved people more personal and moving than The Narrative of the Life Frederick Douglas.  Douglass is undoubtedly one of the greatest writers of that era, yet I find his writing style difficult to navigate. That’s why I recommend The Life of Frederick Douglass: A Graphic Narrative of a Slave’s Journey from Bondage to Freedom by David Walker (2018). This contemporary retelling of Douglass’s life narrates his journey from his dramatic escape from slavery, to his role as an abolitionist leader and self-educated orator and author. The book also successfully blends the dramatic events of Douglass’s life with magnificent drawings that together clearly lay bare the atrocities and trauma that came from slavery.

Just Mercy: A True Story of The Fight for Justice by Bryan Stevenson

Reading Just Mercy was an incredibly eye-opening experience for me. Author Bryan Stevenson, founder of the Equal Justice Initiative in Montgomery, Alabama, guides us through an account of his work as an attorney seeking to defend those wrongly convicted of crimes they did not commit. At the same time, he traces the undeniable link between slavery and mass incarceration in the United States, and he points to the clear parallels between public lynchings and state-sponsored death penalties. I could not recommend this book more highly; the young adult version captures the story beautifully with somewhat less graphic content. There is also a wonderfully effective recent film adaptation starring Michael B. Jordan and Jamie Foxx.

The Hate You Give by Angie Thomas

Angie Thomas was inspired to write the young adult novel The Hate You Give by the 2009 police shooting of Oscar Grant in Oakland, California. Now, as we grieve the deaths of African Americans like George Floyd, Ahmaud Arbery, and Breonna Taylor, there are few books more successful at articulating the issue of racial inequality and police brutality in America than The Hate You Give. Told through the eyes of a black teenage girl who sees her best friend killed by a cop, the story shows how one girl uses that trauma as motivation to become an activist and leader in her community. As with Just Mercy, there is also a feature film adaptation of the book, which brings a visual intensity to Thomas’s already powerful story.

Today many Americans are disenfranchised and angry, and it can be hard to understand how we got here. These three books are good first steps to finding that understanding, and to gaining a greater empathy for those who continue to be systematically oppressed in our country. These stories also help us envision what we should strive for: a nation where black people enjoy equal legal rights and equal economic opportunities. Bryan Stevenson powerfully articulates his dream of this fair future in Just Mercy: “The opposite of poverty isn’t wealth. The opposite of poverty is justice.”